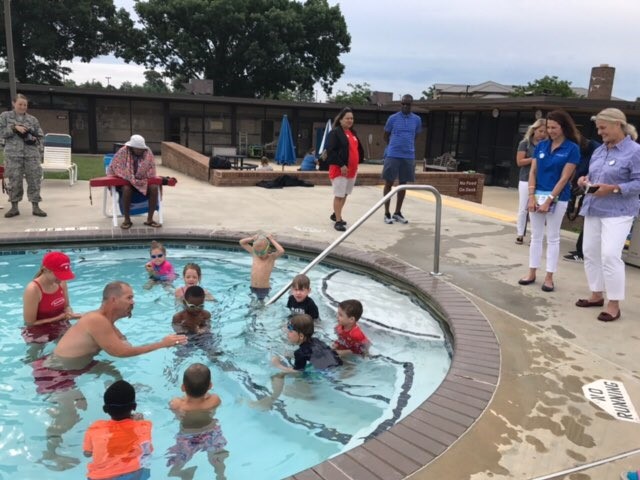 The ZAC Camp – named in honor of 6-year-old Zachary Archer Cohn who fatally drowned as a result of being entrapped in the suction of a swimming pool drain – is part of an initiative lead by The ZAC Foundation and Boys & Girls Clubs of America. The goal of the camps is to bring lifesaving water safety skills to thousands of children ages 5-9 across the country.

The camp activities, which span the course of a week, include swimming lessons, classroom instruction and interaction with local first responders. The campers learn about the ABC&Ds of water safety from the Foundation’s educational book, The Polar Bear Who Couldn’t, Wouldn’t Swim, during the classroom instruction. At the end of each camp, the participating children receive a copy of the book, a medal, and a water watcher card to use with their family and friends.

Acting Chairman Buerkle and Karen Cohn, Zachary’s mother and ZAC Foundation co-founder, led the opening ceremony for the camp, along with Major Jennifer Stewart, 11th Force Support Squadron Operations Officer and Vincent Eure, Director of the JBA Youth Program. During the ceremony, Acting Chairman Buerkle shared important drowning prevention reminders with the 110 participating children. She also led them in taking the Pool Safely Pledge to reinforce the simple safety steps she discussed–and to confirm their commitment to being safer in and around the water. 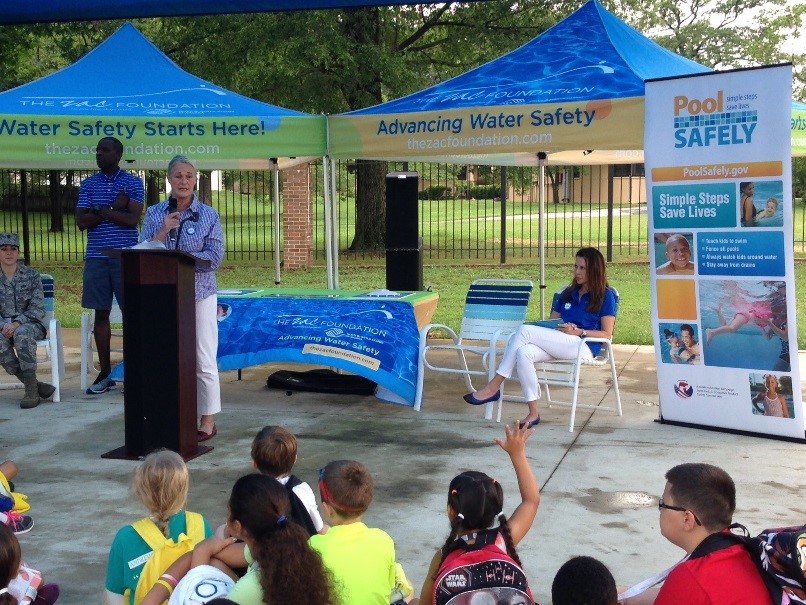 The Acting Chairman kicks off the opening ceremony of the ZAC Camp by discussing water safety steps children should follow in and around the pool. 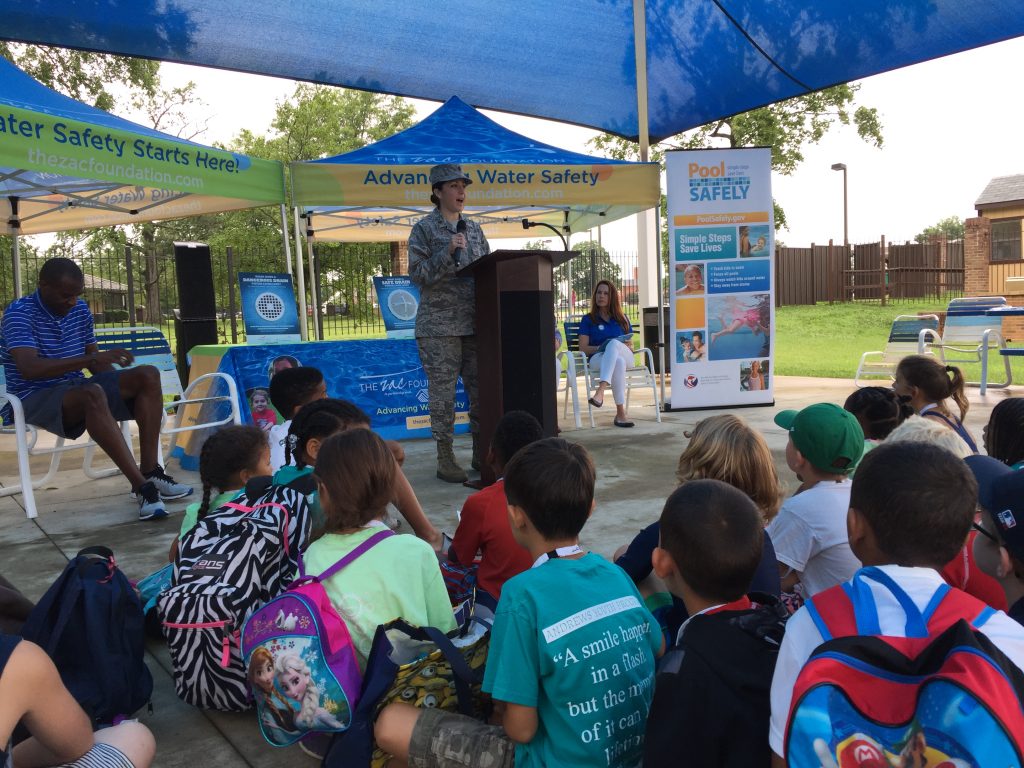 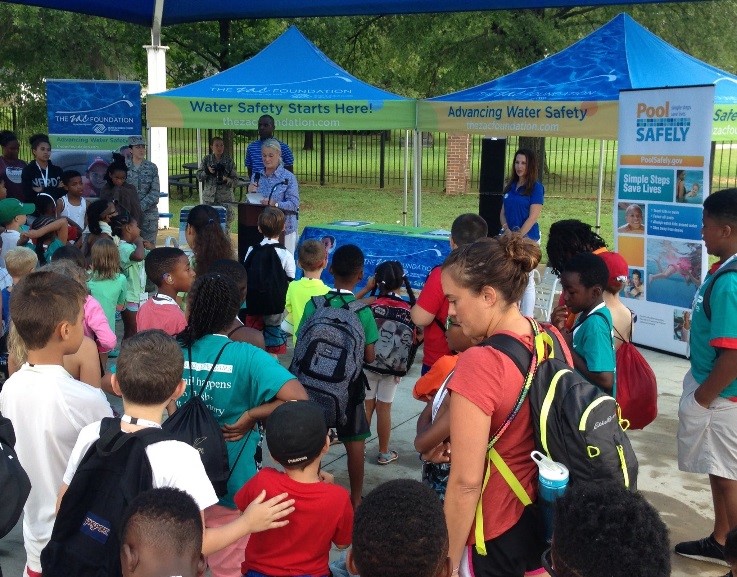 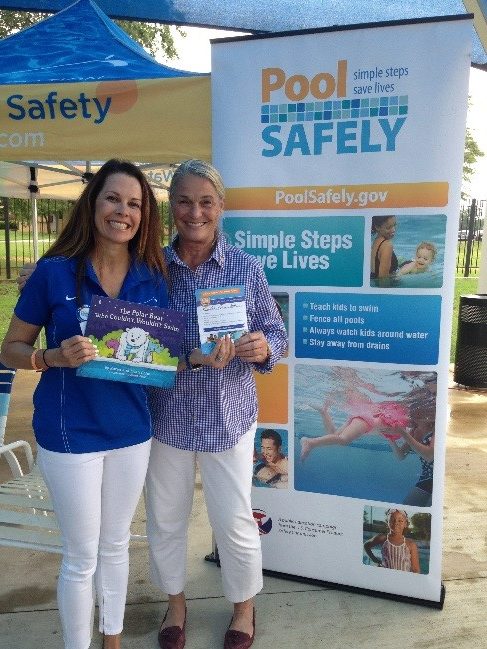 “I was pleased to join The ZAC Foundation to kick off its ZAC Camp with the JBA Youth Program,” said Acting Chairman Buerkle. “I enjoyed seeing how eager the children were to Pledge to Pool Safely and commit to learning about how they can be safer in and around the water, while still having fun in the pool.”

“Each year we are overjoyed to see Zachary’s legacy live on in every child who attends a ZAC Camp,” said Cohn. “It is incredibly special to be back at JBA with the JBA Youth Program and the Pool Safely campaign to equip a new group of campers and their families with the tools they need to live safer lives around water.”

“It is an honor to be a part of one of the ZAC Camps,” said Buerkle. “Karen and Brian Cohn’s story and efforts through their foundation inspire me and the Pool Safely campaign to strive every day towards the goal of not one more child drowning.”

This summer, the ZAC Foundation held 20 ZAC Camps in cities across the U.S. By the end of the summer, ZAC Camps will have taught more than 13,000 children and families nationwide the importance of water safety.