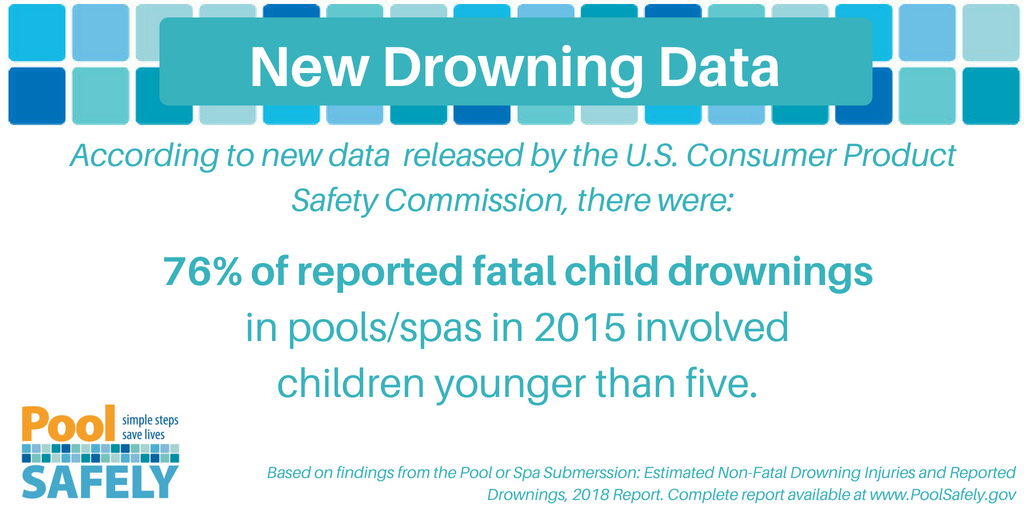 While it is positive news that reported child drownings have not increased, drowning remains the number one unintentional cause of death for children in the U.S. ages 1 to 4, and the second leading cause among children ages 5 to 14.

Other key findings in the report include: 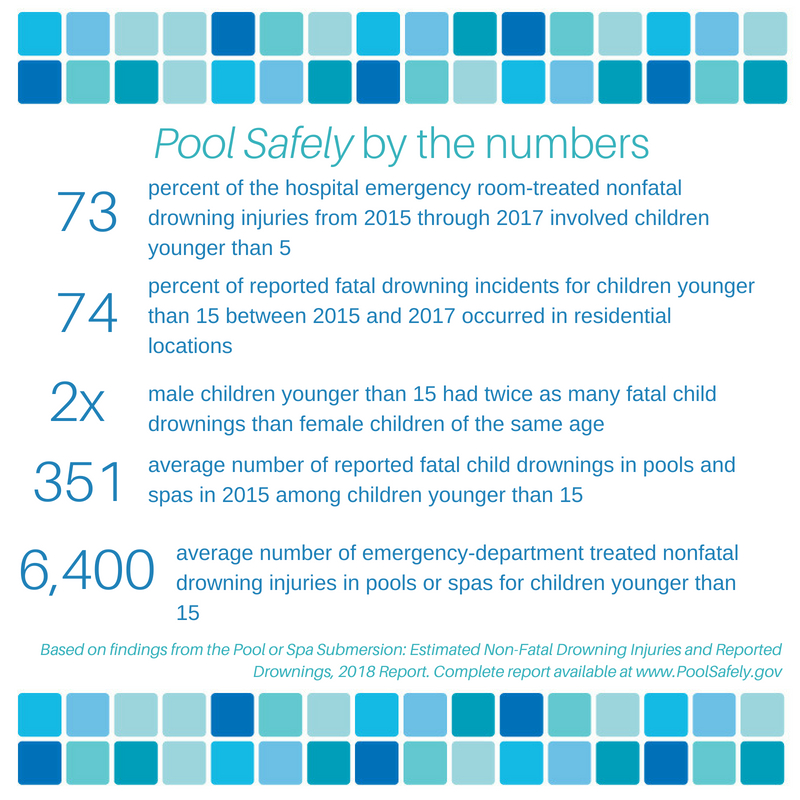 You can read the full report on PoolSafely.gov.

The Pool Safely campaign is continuing its efforts to encourage adults and child guardians to always stay aware whenever children are in or near the water, and to ensure there are multiple layers of protection to prevent child drownings. We look forward to working toward #notonemoredrowning this summer alongside our partners, communities and families nationwide. We encourage parents and families to review Pool Safely’s simple steps to ensure a safer summer this year: