1. Never leave a child unattended in or near water.

Always watch children when they’re in or near water, and never leave them unattended. Designate an official Water Watcher, an adult tasked with supervising children in the water. That should be their only task – they shouldn’t be reading, texting or playing games on their phone. Have a phone close by at all times in case you need to call for help, and if a child is missing, check the pool first.

Even if a lifeguard is present, parents and caregivers should still take the responsibility of being a designated Water Watcher. When any lifeguard chair is empty, the remaining lifeguards may not be able to see the entire pool and when lifeguards are seated in low chairs, their view can be blocked by patrons in the pool.

2. Teach children how to swim.

Swimming is not only fun, it’s a lifesaving skill. Enroll children in swimming lessons; there are many free or reduced-cost options available from your local YMCA, USA Swimming chapter or Parks and Recreation Department.

3. Teach children to stay away from drains.

Do not play or swim near drains or suction outlets, especially in spas and shallow pools, and never enter a pool or spa that has a loose, broken or missing drain cover. Children’s hair, limbs, jewelry or bathing suits can get stuck in a drain or suction opening. When using a spa, be sure to locate the emergency vacuum shutoff before getting in the water.

4. Ensure all pools and spas - both in your backyard and any public pool you may visit - have compliant drain covers.

Virginia Graeme Baker, after whom the Pool and Spa Safety Act is named, died from drowning due to a suction entrapment from a faulty drain cover. All public pools and spas must have drain grates or covers that meet safety standards to avoid incidents like the one that took Graeme’s life. Powerful suction from a pool or spa drain can even trap an adult.

5. Install proper barriers, covers and alarms on and around your pool and spa.

Proper fences, barriers, alarms and covers can be lifesaving devices. A fence of at least four feet in height should surround the pool or spa on all sides and should not be climbable for children. The water should only be accessible through a self-closing, self-latching gate. Teach children to never try to climb over the gate or fence. Install a door alarm from the house to the pool area, and keep pool and spa covers in working order.

6. Know how to perform CPR on children and adults.

Often, bystanders are the first to aid a drowning victim, so learning CPR can help save a life. And once you’re CPR certified, make sure to keep your certification current. CPR classes are available through many hospitals, community centers, or by contacting the American Red Cross.

Before heading to the pool or spa with your family, remember to take the Pool Safely Pledge. This online call to action is a reminder to stay safer around the water. 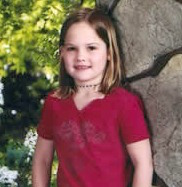 Despite being a member of her community swim and diving team, Graeme became stuck to a hot tub drain and was unable to pull herself free. Efforts by her mother to pull Graeme from the drain proved unsuccessful. The two men who eventually freed Graeme from the spa pulled so hard that the drain cover broke from the force. Graeme died from drowning, but the real cause of her death was suction entrapment due to a faulty drain cover.

After her tragic death, her mother, Nancy Baker, worked tirelessly to advocate for pool and spa safety. Mrs. Baker, her family and Safe Kids Worldwide actively lobbied Congress to win support for a law to require anti-entrapment drain covers and other safety devices, as needed. The statute, which was sponsored by U.S. Rep. Debbie Wasserman Schultz of Florida, was signed into law by the President in December 2007.

It is in Graeme’s memory that we encourage all families to follow the Pool Safely simple steps – because you never know which step will safe a life until it does.

Learn more about the latest stats by viewing an infographic 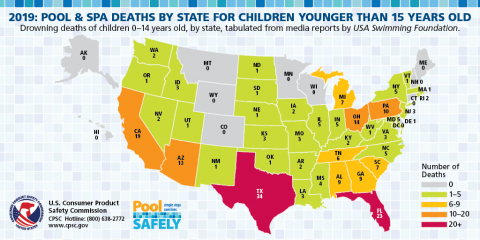