Tell us a little bit about your organization and how long have you been a Pool Safely campaign partner?

In June of 2007, six-year old Abigail Taylor suffered a horrific injury while swimming in a public pool, which ultimately took her life.  Abbey was playing in a wading pool when she unknowingly sat on a drain that was poorly maintained and unequipped with the appropriate safety devices. The powerful suction of the pool drain eviscerated Abbey.  Her small intestine was ripped from her body.  The serious injury was followed by 9 months of medical care, including 16 different surgeries, many organ transplants, several infections and many, many nights spent in a hospital bed.  Despite the best medical care and attention, Abbey died.

Six-year-old Abigail Taylor, before she experienced a drain entrapment injury in June 2007

Abbey’s hope was that no child should ever suffer like she did as a result of an improperly maintained pool.  In her memory and in response to their daughter’s stated wish, her parents, Scott and Katey Taylor, established the Abbey’s Hope Charitable Foundation.  The Foundation works every day to make sure that all pools, both public and private, are safe.

Abbey’s Hope has been a proud partner of the Pool Safely campaign since its inception.  In fact, Abbey’s Hope worked diligently on Capitol Hill on the Virginia Graeme Baker Pool & Spa Safety Act (VGB) that resulted in the creation of the Pool Safely campaign.  We know and strongly believed that changing the way pools and spas are built and maintained was not enough.  A concerted and consistent education effort was (and is) also critical.  We have never regretted our lobbying efforts.

What is the most useful/your most favorite Pool Safely resource?

It’s the people. Abbey’s Hope can always count on the Pool Safely team to get us the information we need to serve our own mission.  Stats are updated regularly, new resources are distributed broadly and questions and requests are answered and responded to timely.

What top 3 water safety steps or messages do you think are the most important for keeping kids safer in and around the water?

How has your organization made a difference among consumers when it comes to drowning prevention? 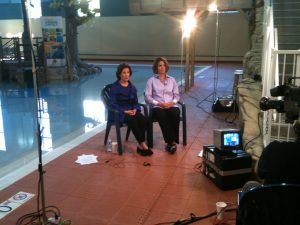 Today, several years after Abbey’s tragic death and eight years after the passage of the VGB, Abbey’s Hope continues to work to prevent the preventable. To that end, Abbey’s Hope works to remind parents, caregivers and pool and spa owners and operators that they too play an important role in protecting kids from drowning and entrapments.  Abbey’s Hope financially supports thousands of free swim lesson every summer with its YMCA partners.  We distribute countless water watchdog tags to parents around the country, influence legislation at the state and federal level meant to help prevent drownings and entrapments from happening in the first place, and serve as media spokespeople on behalf of the water safety community (among many more efforts).  Our recently produced “No One is Watching” public service announcement has been viewed nearly a million times and has been both critically and popularly acclaimed. 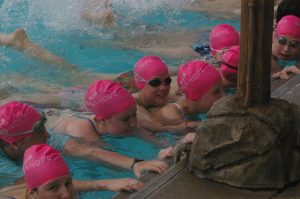 Children in the Minneapolis-St. Paul community participate in the Abbey’s Hope World’s Largest Swimming Lesson in 2015.

Why do you think it is beneficial to partner with CPSC and the Pool Safely campaign?

Having the federal government’s collaboration helps to legitimize our efforts and work.  The number one way children are accidentally killed in this country is by motor vehicle crash.  Second on that list is drowning.  That fact alone justifies our partnership with CPSC and supports our reason for being.   Each of these deaths is preventable and only together can we do that.

To learn more about becoming a Pool Safely campaign partner, visit the partner section of our website or email us at poolsafely@cpsc.gov