As temperatures spiked in July, so did the number of fatal child drownings in Pennsylvania, according to news accounts gathered by the USA Swimming Foundation. Pennsylvania was among the deadliest states in the U.S. for child pool and spa drownings in July, with four of the state’s six drownings in 2016 occurring last month.

Pennsylvania also ranks among the top 10 states for child drownings so far this year and all four children who drowned in Pennsylvania in July were younger than 10.

The majority of the state’s drownings in July occurred in home pools, with one occurring at a water park, reiterating that no matter the location or setting, it’s important to always have a designated Water Watcher.

Nationwide, the USA Swimming Foundation reports there have been at least 218 fatal drownings in 2016 involving children younger than 15 in a swimming pool or spa.

In these warm summer months and all year-round, it’s critical that we all work together to end these preventable tragedies in Pennsylvania and nationwide. Parents, review some simple steps you can take to keep everyone safer around the water, and take the Pool Safely Pledge together as a family. 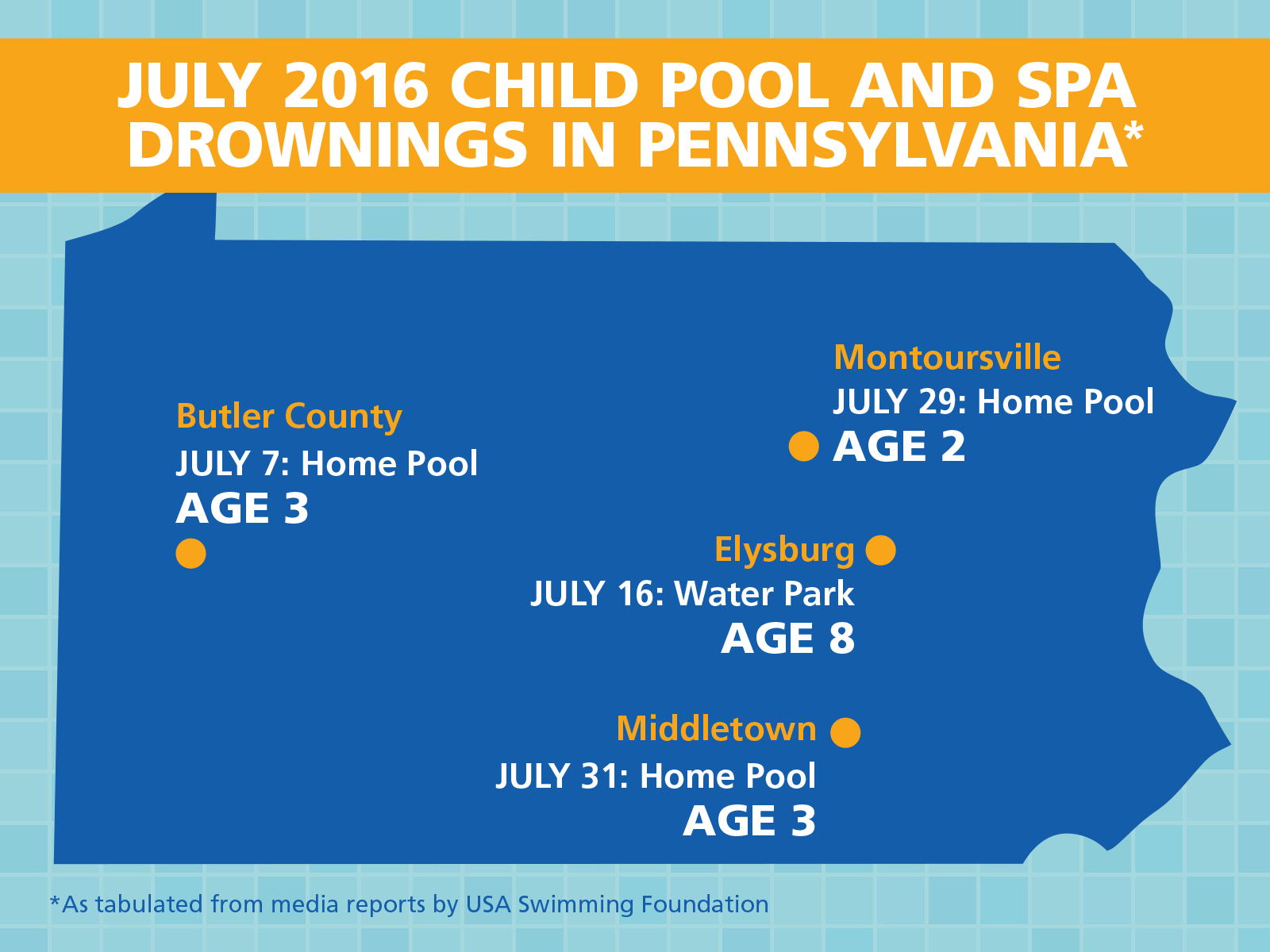 Four children under the age of 10 fatally drowned in Pennsylvania during the month of July.