In case you missed it, Pool Safely started the 2017 summer swim season with a big splash at an event with Michael Phelps, the most decorated Olympic medalist in history!

With the support of the Michael Phelps Foundation, Boys & Girls Clubs of America, Special Olympics and JCMF Children’s Charities, we opened the 2017 summer swim season with a big water safety event in Chicago on Saturday, May 20th. The morning began with a very special swim lesson led by Cathy Bennett, the woman who taught Michael Phelps how to swim! She was joined in the water by Michael, CPSC Commissioner Joe Mohorovic and some special guests: Australian Olympic medalist Grant Hackett and eight-time U.S. Olympic medalist Allison Schmitt. The superstar Olympic swimmers facilitated a swim lesson for children from the Louis L. Valentine Boys and Girls Club and a stroke clinic for Special Olympians from Chicago. 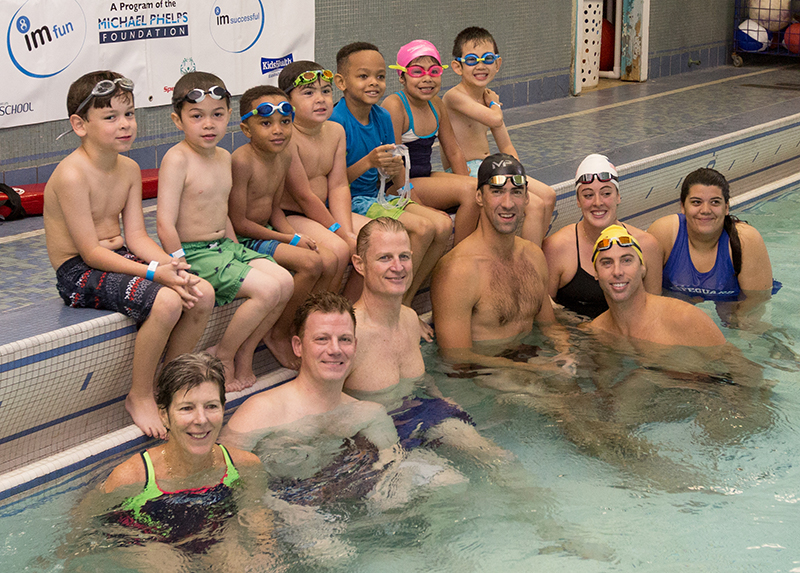 Immediately following the swimming lesson, the children posed for a photo with Commissioner Mohorovic and their Olympic instructors. 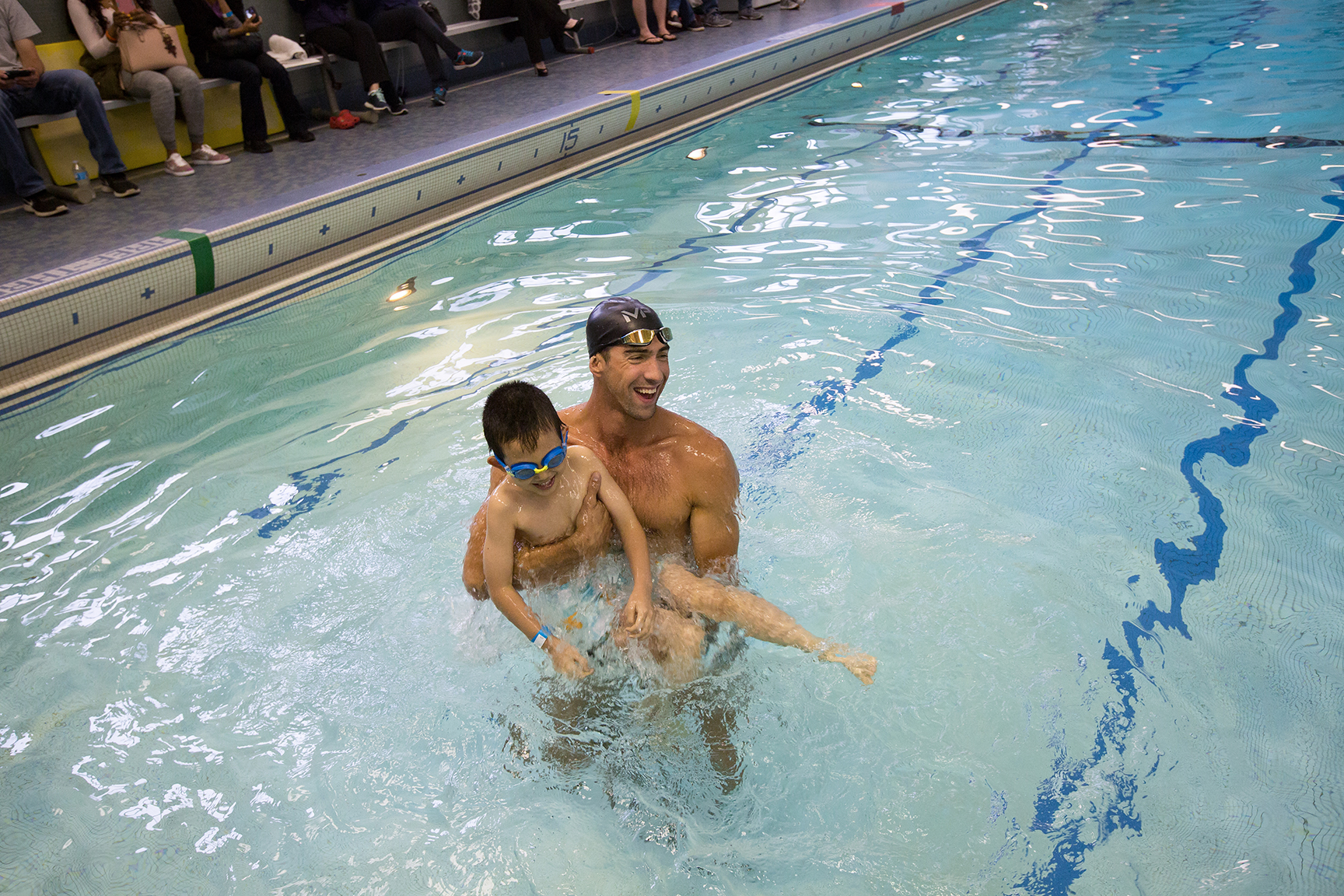 Michael Phelps was all smiles as he worked one-on-one with kids in the water during the swim lesson.

Simultaneous to the morning swim lesson, JCMF Children’s Charities taught an on-land water safety lesson. Blake and Kathy Collingsworth and Josh the Baby Otter, with the help of Nicole Phelps (Michael’s wife, pictured below right) and Debbie Phelps (Michael’s mother), taught a group of children about water safety. Josh the Baby Otter was a hit with the kids, while Nicole and Debbie engaged the kids in singing the Pool Safely song by Laurie Berkner, and reciting the “Four Simple Steps.” 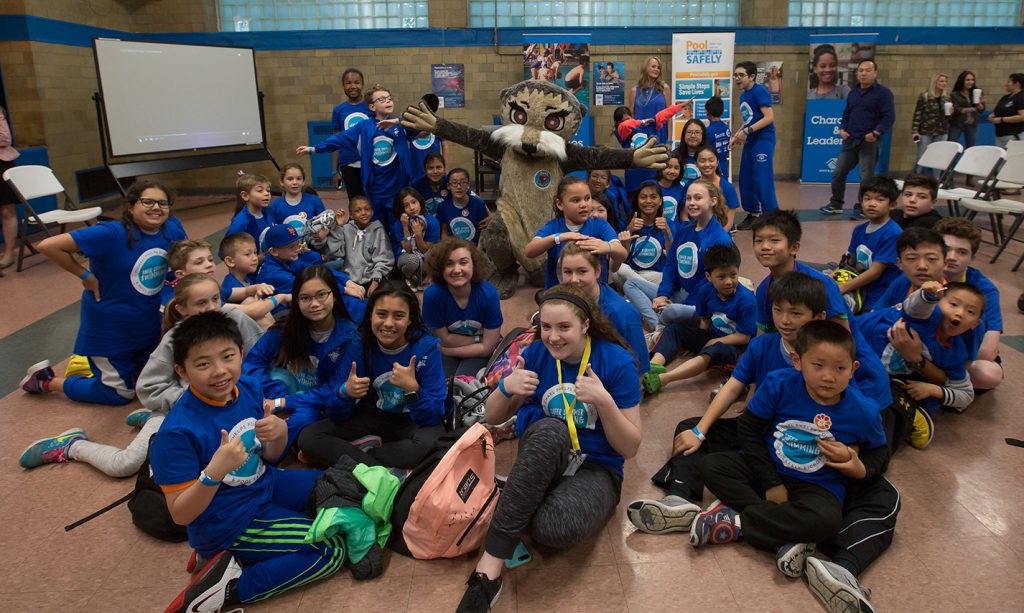 Josh the Baby Otter poses with a group of children in Chicago after teaching them about water safety. 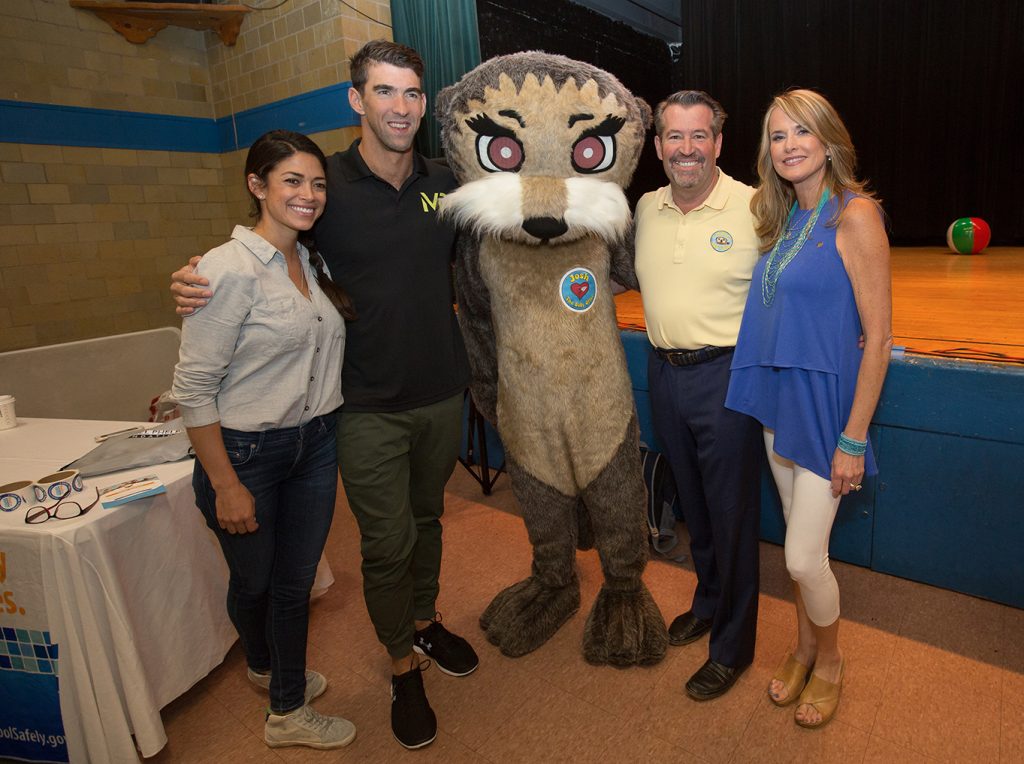 Nicole and Michael Phelps along with Blake and Kathy Collingsworth pose with Josh the Baby Otter after story time on Saturday.

He highlighted the newest report, which shows fatal drownings in pools involving children younger than five decreased by 17 percent nationwide since 2010, the year the Pool Safely campaign launched. 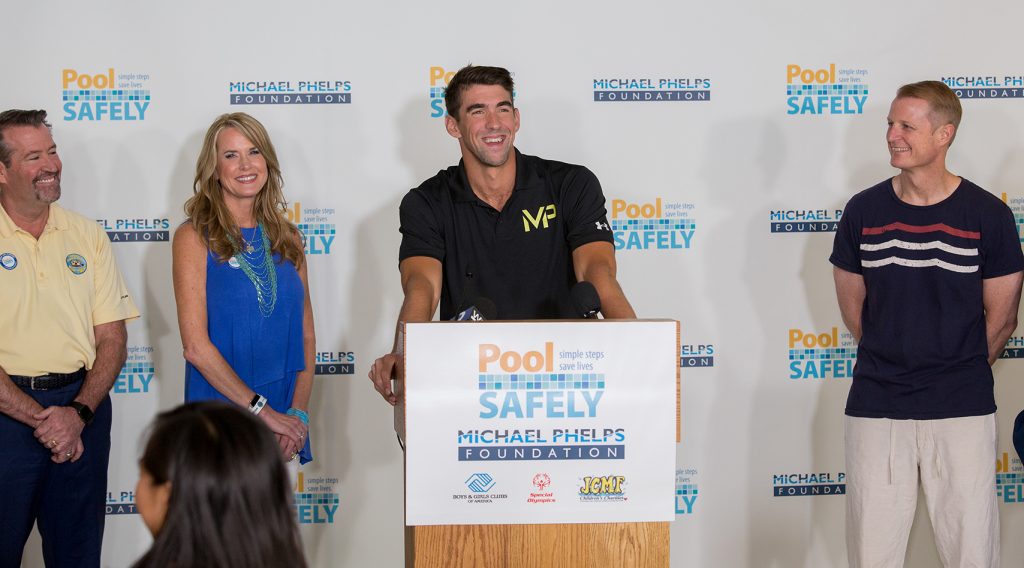 During the press conference, Michael Phelps urged families to be safer in and around the water and to take the Pool Safely Pledge this summer swim season.

If you missed the event, watch a replay of the press conference on CPSC’s Facebook page, or check out the Facebook photo album.

Make sure to join Michael, his family, other Olympians and more than 50,000 others and take the Pool Safely Pledge to commit to water safety this summer and all year-round. 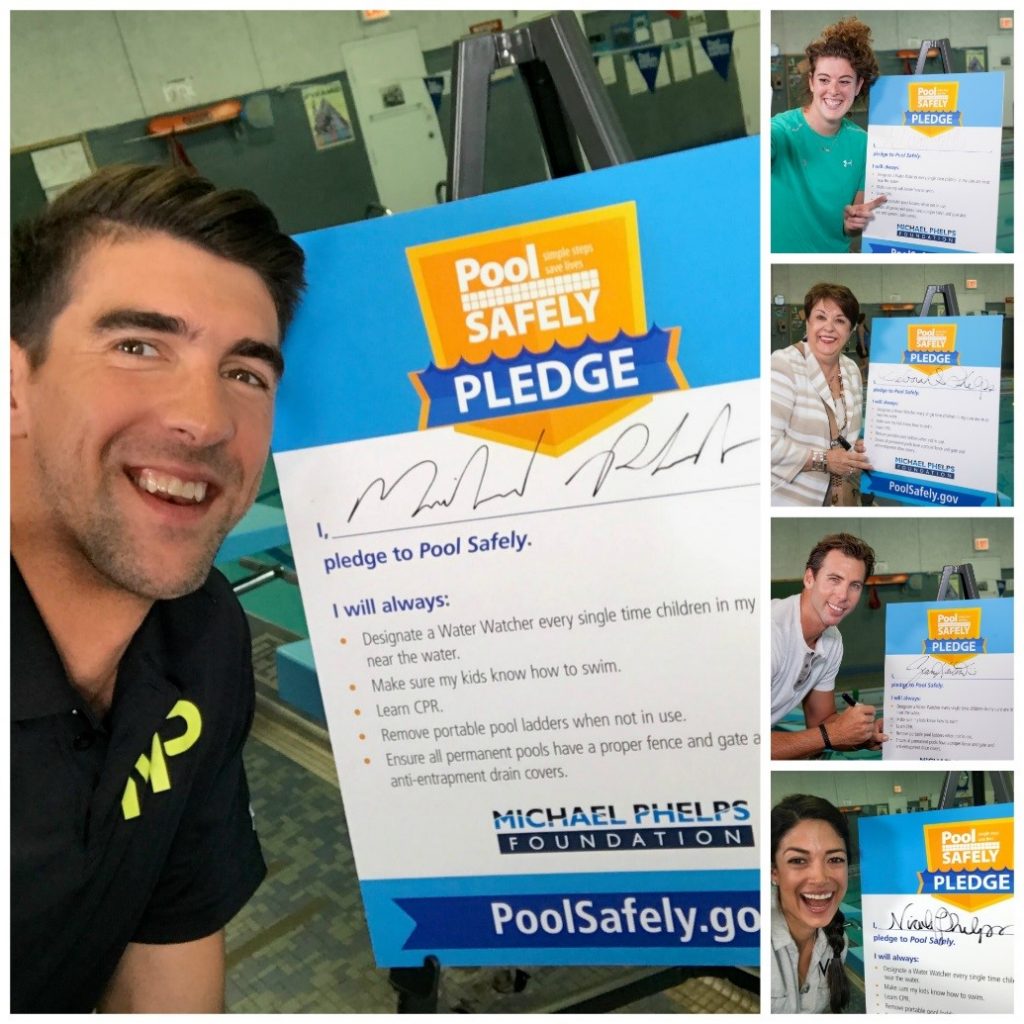